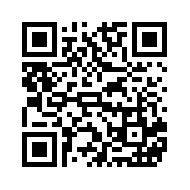 One would be hard-pressed to find a hotter young sire than OUTWORK. With imposing stature, overall look, precociousness, Grade 1 quality, brilliant speed and ability to carry it, OUTWORK is UNCLE MO’s best-bred G1 son at stud. Fittingly the first two-year-old winner from UNCLE MO's sensational first crop, OUTWORK showed the precociousness and raw speed of his sire line by winning first-time out going 4 ½ furlongs at Keeneland in April of his juvenile campaign. At 3, he did something that even his champion sire could not do on the track - stretching his elite speed out to 1 1/8 miles to capture the prestigious Wood Memorial (G1). Not only is OUTWORK a versatile colt who won from 4 ½ furlongs as a two-year-old to 9 furlongs at three, over fast and off tracks, but he carries royal blood on the bottom side too: his dam is G1-placed EMPIRE MAKER mare NONNA MIA, dam of two stakes winners and a half-sister to multiple G2 winner and sire CAIRO PRINCE. Now, OUTWORK is a sensation at the sales, with first yearlings commanding $500k, $300k, $290k, $270k, $270k, $220k, $175k, $165k, $160k, $160k, $155k, $150k, $150k, etc. This strong colt is a monster of a first foal out of the multiple race-winning mare BLUEGRASS GENIUS, who herself is a half-sister to seven winners including Champion and multiple G2-winner DESERT POWER. Second dam CORAL GENIUS is a half-sister to three(!) Graded stakes performers, including COOL COAL MAN [G1, sire], KATHLEENS REEL [G2, producer], and Battle Midway [G3], and hails from the family of SIGNAL TAP and STORM BIRD (yes, THAT Storm Bird).

CURRENTLY IN TRAINING AND GALLOPING